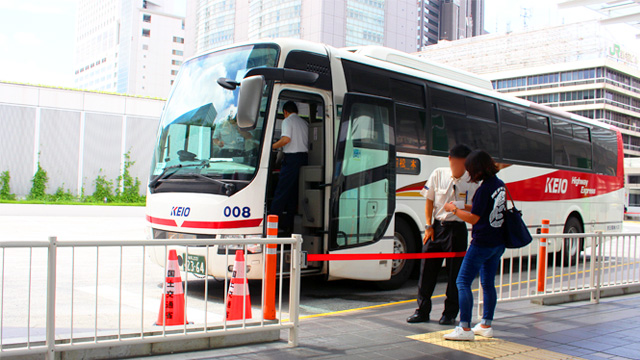 Hey everyone, sorry for the long gap between posts, I have been super busy settling into school life, but more about that in Postcard #8. Furthermore I would like to apologize for the lack of photographs in this post, this is due to the fact that I didn’t want to disturb the camp by shoving a camera into everyone’s faces and secondly because I didn’t want to

as the title may suggest, this post is going to be about the AFS Orientation Camp, which was held in Tokyo from August 19th to August 21st 2016. The guidebook we were given upon arrival stated that the main purpose of the arrival orientation camp is to reduce your anxiety and make you feel relaxed and rested as well as get you ready to live with your host family. In my personal opinion it was also great to begin to get over jet lag (we had a long flight behind us), and get to meet all of the other people going to Japan.

At the camp, several very useful speeches were held, and I took some notes on some of the most useful information we were provided with. Firstly, and of course most importantly, there are the 3 golden AFS rules. NO driving, NO drugs (smoking, alcohol, illegal drugs, etc.) NO hitchhiking. The consequence of breaking these rules is very simple, you’ll be sent home immediately, this was drilled into us and it is very important to remember. There are also quite a few country specific travel rules, which are also important to follow.

A good phrase to remember is CARP: Communicate/Appreciate/Respect/(be) Positive. These are the essential skills to have to be able to have a successful year abroad.

One of my favourite talks of the camp was one held by Miss Anita Gesling, who was an AFS exchange student in 1983 and now teaches at a language school in Japan. She passed on three pieces of advice I would like to share with you today:

#1 Always say Thank You – say it often and always. There are a lot of people working behind the scenes to make your year abroad possible, and it is important to show your gratitude.

#2 Use your technology wisely – ok, this one might seem a bit odd since here I am, online, spending time online writing a blog, however, this is pretty much all I have use my laptop for so far (and managing all of the photos I have taken, camera’s are excluded here I think, take lots of pictures, but ask your host family when it is ok to take your camera with you, since you don’t want to disturb them by constantly pulling out your camera.) You don’t want to be physically in Japan (or anyplace else) but mentally still at home. Also, Wifi in Japan is very very good, so you really have to be careful. Finally, Post carefully, posting other peoples personal information is not a good thing to do, which is why I am being rather careful about what I say and why I blur all of the faces in my photos (like in the header).

#3 The final piece of advice she gave us was to remember why we are here, is it because of the food? What makes you excited? Find this thing and persue it, since 11 months may seem a lot shorter than it actually is in hindsight.

#4 Bonus from the Q&A: If Japanese people don’t clearly say yes to something, it usually means no, what you are hearing might not be no, but what they mean often is.

I know I started of this post with a lot about speeches and lectures and stuffs, but the camp was actually a lot of fun, all of our group sessions with our group leaders (who were really kind and gave us lots of information) included lots of laughs. We played a lot of games and had a really cool talent show, which had a whopping 1 participant, a girl from Hungary who showed us how to do traditional dances. Afterwards our group leaders surprised us with a Soran Bushi dance, a traditional folk dance originating from fishers in Hokkaido. We also sang the AFS theme song Closer to you by Seiji Motoyama, which was a lot of fun.

The Orientation Camp was held at a very big Youth Center, so there were a lot of different people there resulting in the cafeteria offering a wide selection of different foods. I usually went with the Japanese style meals, but they also had Chinese food, curry meals and “western style” meals, which were all really nice according to the various different people. Japanese breakfast included trying out Natto, well, yeah, I tried Natto, and I probably wont try it again in the forseeable future. It’s not that the flavor was bad or anything, it is just that the smell and texture are very different from food I am used to eating.

On the 21st in the morning, everybody was escorted to their train, plane or bus, mine being the bus. One of the group leaders took us to Shinjuku station, where she waited with us and made sure we got on the correct bus, which was very kind. She even wrote our destination out in Furigana so we could understand the announcements on the bus, since the Kanji on the train ticket were all very complicated. So finally, after several hours on the bus, I arrived at my destination, being the Nagano Prefecture, and was kindly greeted by my host family and LP.

So, now that I am settled in, I’ll have time to
send a postcard,