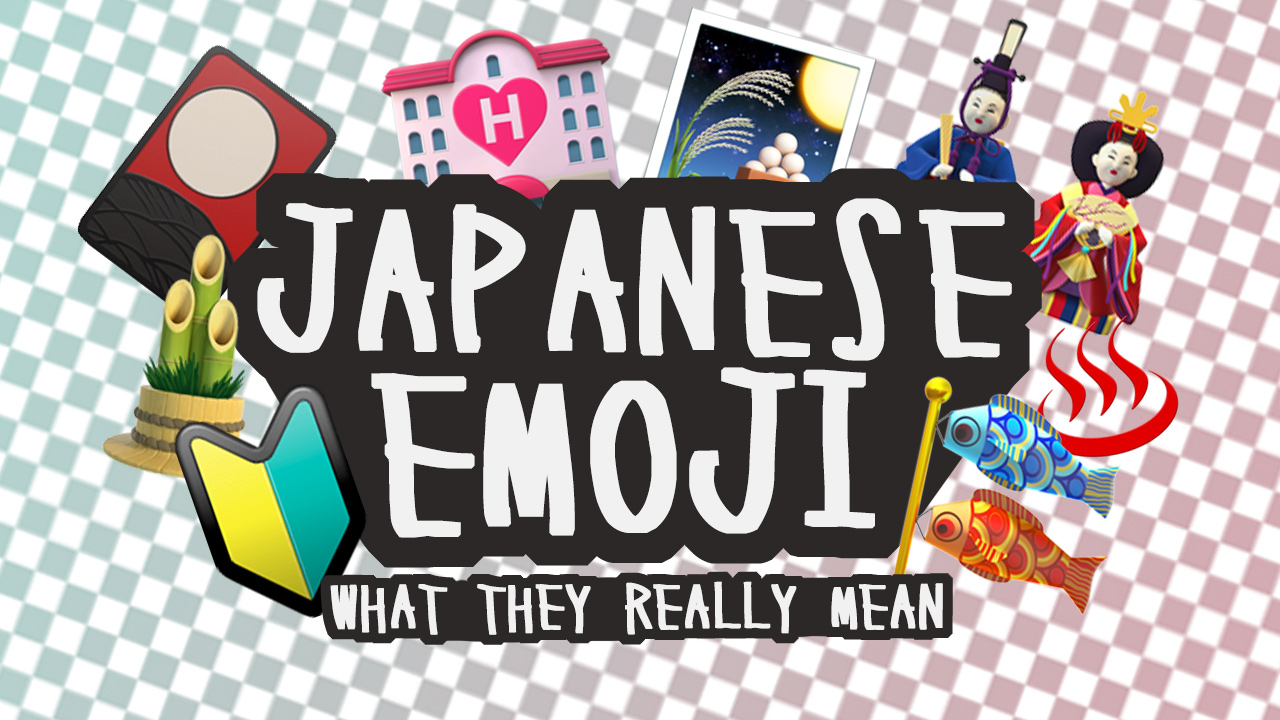 If you’ve ever scrolled back far enough on your emoji keyboard, you might have come across some seemingly weird Japanese emoji. Although they might not be of much use to most people living outside of Japan, they each have a special meaning that often correlates with Japanese culture. Here are some of my favourite Japanese emoji that you might have been using incorrectly.

If you enjoyed this video, it would mean the world to me if you were to go and subscribe. There will be a new video up there every Thursday, along with the usual blog post on here.

Unicode calls this emoji the ‘Japanese Goblin’, which is a big simplification. This is a Tengu [天狗], the Japanese characters translating to ‘Heavenly Dog’.

The emoji shows the Daitengu [大天狗], or ‘Great Heavenly Dog’. This human-like being has a long nose and red skin. It is not a mask, as many believe. In folklore they have special powers, including being able to fly, and abduct humans.

Tengu are a part of Japanese folklore, and have connections to both Shintoism and Buddhism. With a history spanning over a decade and having undergone many transformations, Tengu have become a part of modern pop culture.

To learn more about Tengu, here is an extensive overview by Tofugu: Tengu: The Japanese Demon that’s Basically a Mini-God

There’s another emoji that is often used interchangeably, although they are very different creatures is the 👹 Namahage [生剥], which is part of Japanese new year in some parts of Japan.

Hanafuda are playing cards with traditional Japanese imagery. The 12 suits each have a different seasonal flower and special cards include animals, lights and poetry ribbons.

There are many different games you can play with Hanafuda cards, including Koi-Koi. The cards also have a long and fascinating history, starting with a ban on foreign playing cards and leading to the start of a company called Nintendo.

If you want to learn more about Hanafuda, here is a full blog post on the topic: 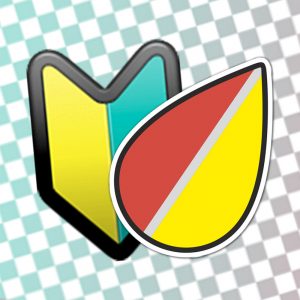 This emoji, called the ‘Japanese Symbol for Beginner’ by Unicode, is used to mark the cars of beginner drivers. It’s called the Shoshinsha mark [初心者マーク] and can be found on the cars of people who have had their license for less than a year.

There is another symbol that looks very similar to the Shoshinsha mark, and that is the Koreisha mark. This symbol is orange and yellow and signifies that the driver is over 75 years old.

The symbol was actually changed in 2011 to a four-leafed design, but I haven’t seen that one as much as the classic Koreisha mark. The Koreisha symbol doesn’t have its own emoji, but with Japan’s aging and increasingly more tech-savvy population, that might change in the future.

This is the symbol for hot springs, or onsen, in Japan. It’s not the Java logo or a hot cup of coffee. You can find this symbol on maps all around Japan or on signs to show that a onsen is near.

Sit back and relax, and enjoy the steam.

Depending on your operating system, this emoji is either called the ‘Love Hotel’, or the ‘Love Heart Hospital’. Those are two very different things. Although the design might remind some of a hospital, with the big H and the heart, sending this emoji to somebody in Japan with that intention might not be the best idea. Try it though and tell me how it goes. Or don’t. It is what it sounds like.

In Japan, some of them have crazy themes, so google them when you have the chance.

This Japanese Emoji is called ‘Pine Decoration’ by Unicode, although it is primarily made out of bamboo. This decoration is placed in front of the house during Japanese New Year. These decorations, which can vary in size and ornamentation, are on display from Christmas to January 7. They are intended as housing for the gods. They are usually displayed in pairs, one on each side of the entrance.

The second of the traditional Japanese festival emoji are the dolls for Hinamatsuri. Hinamatsuri, or Girl’s Day, is celebrated on March 3rd. The dolls on display are those of the Emperor and Empress in traditional court attire. The full display can consist of up to 7 rows of dolls, full of attendants and musicians.

These traditional, carp-shaped wind streamers decorate Japan’s Children’s Day [こどもの日]. The event, which is held on May 5th celebrates children and mothers. The amount of streamers, which are called Koinobori [鯉のぼり] indicate the size of a family. Traditionally, it was one carp for the father, one for the mother, and one for each son. Nowadays, every family member gets a carp.

The Emoji for the Tanabata festival shows a Tanzaku paper attached to a bamboo. Tanabata, which is held on July 7th, is based on a beautiful Japanese story about the daughter of the sky god and a farmer. You can read up on the full story and the history of the event on my blog post here.

The final Japanese Emoji is the one for Moon-Viewing. Traditionally held in September or October, this festival is centered around the fall harvest. Pampas Grass is on Display, as can be seen in the Emoji, and people eat Dango. A Buddhist tradition, this festival has a long history. Plus, isn’t it fun to just look at the moon.

Until next time,
Yona