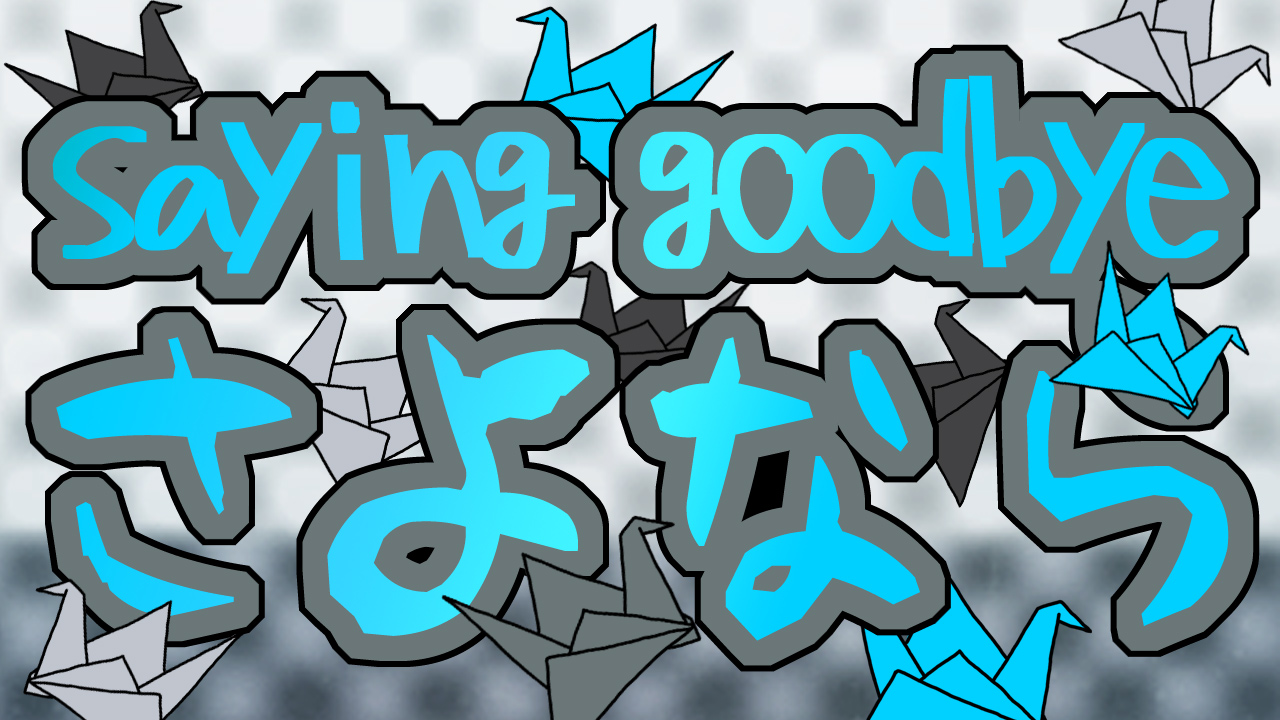 As my exchange year is coming to an end, I think about saying goodbye a lot. I don’t want to.

So, a bit over a week ago we started a recitation project in school, and it’s the first activity were I won’t be here to see it conclude, myself leaving about a week before the final recitation practice class. Thinking about speeches, I decided to write my own, and here it is. The dates are a bit off, so subtract about a week of time every time I mention a date.

This was going to be a video. It isn’t. I hope you enjoy it anyways.

Without further ado, here is; On Saying Goodbye.

Last week was the first of many goodbyes, and that scares me.
A year seems like a long time, and even though everyone always tells you that it’ll be over in a flash, you don’t realize this until it’s too late.
I can remember the day I arrived in great detail, as if it had happened yesterday, and not a year ago.

Half a year ago I had my first Japanese lesson with Miyazaki-Sensei, and last Wednesday, I had my last.
My first “Last”.

My last day of school is coming up rapidly, with 26 more days to go, my last Japanese lesson at M-Wing in 27.

My last AFS event, my goodbye party is in 16 days, my last day with my host family in a bit over a month, my last day in Japan a day after.

My first day back marks the day after. My first letter sent to Japan the same day. I don’t use the word home here since I could use it in both.

I know that my year here is coming to an end, I know at what time my bus is leaving, when my plane will depart. I know when I have to leave my life here behind.

I don’t know when I’ll be back, when I will see my host family again, or my friends. I know that this should scare me, yet somehow it doesn’t.  I know that when I get on my bus, I will wave back and say; 「いってきます」– Ittekimasu, which means See you later instead of「さようなら」– Sayonara, which means goodbye. Sayonara is final, Ittekimasu is not.

Maybe it’s because I don’t like goodbyes, or that I’m not good at them, or maybe, it’s simply that I know that I’ll be back sometime. I truly hope it’s the lattermost.

I have just over a month left, and I know that sometime Postcards from Japan will have to end, but that’s okay. I still have plenty of things to talk about, and who knows, soon it will turn into Postcards to Japan.

37 days left in total
36 with my host family
30 until my Japanese exam
27 at my Japanese lessons
26 at school
23 with club
16 until my last AFS event
1 day until my birthday, I’m turning 16 tomorrow

Looking at it that way, I’ll certainly have a busy month ahead of me.
A month is plenty of time.