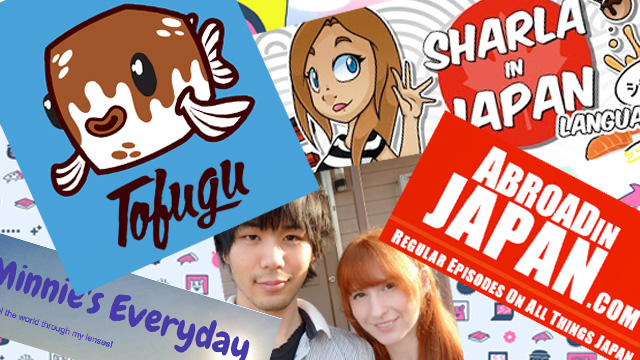 Resources for Japan | How I prepared

Today marks my 1 month anniversary of being in Japan, as I arrived on August 19th in the afternoon. I thought I would use this special anniversary to look back at how I spent my time before coming to Japan, a.k.a how I prepared for my exchange year with AFS. I apologize if this becomes very rambly and lacking structure, I just got home from the Saitama Summer Cup tournament [future post] with club and haven’t slept very much. Also, a lot of the articles linked here are from Tofugu, so I’ll just give them a shout-out at the beginning. Let us begin, shall we;

There are quite a few youtube channels I have watched / am still watching which I would highly recommend to anybody who is planning on visiting Japan / going on an exchange year in general;

Rachel & Jun are a very popular Youtube Channel that talks about living in Japan, and also does amazing travel vlogs about exploring Japan which I highly recommend even if you are not planning on traveling, as they are really informative and beautiful. They also often do interviews with Japanese people about various topics which are really interesting as well.

Sharla in Japan, [YT] is a channel run by Sharla [surprise], who just celebrated her 5 year anniversary on Youtube. She has two videos that I would highly recommend for future exchange students being Culture Shock and Attending Japanese High School but all of her content is great, and she often collabs with Rachel & Jun, so I would highly recommend checking out all of those videos.

Abroad in Japan is another Youtube Channel that provides more humour, while talking about… you guessed it, living abroad in Japan. There are several videos on his channel about learning Japanese, so sit back and relax.

Tofugu also has a Youtube Channel but more about Tofugu later.

Before starting this blog, I read quite a few other blogs about exchange years and the like, and would like to share some of them with you today, note, here is the point were Tofugu really starts to sicker through.

Mariëlle in Japan | Minnie’s Everyday | ashleighanne. Bam! There’s 3 good blogs about foreign exchange years in Japan. If you are looking for blogs from people who have already finished their year, and not just started, go check them out, please come back in the future though, I’m sure you’ll find more interesting stuff.

Personally, I found Minnie’s Everyday to be the most useful, but go check out all of the others too, they are really interesting.

Tabemono is the best thing ever… ok, I am kind of biased about this since I am friends with the person who writes it, but still, look at how good the food looks. If you can’t come to Japan, at Tabemono you can find authentic Japanese cooking, it is in Slovenian though so google translate is your friend. Even my Japanese family agrees that it looks great!

Tofugu.com. There, that’s pretty much all you need to get ready for your exchange. Not only do they have a really good blog that pumps out new entries like it is nobody’s business, but they also make two of my favourite Japanese learning resources, being Wanikani and Textfugu/EtoEto, but more on those later.

Their Staff is also really nice, when I emailed them about whether they had any images I could use for this blog post, they replied really quickly, which was really helpful.

Tofugu has a lot of post about Japan and Japanese Culture, Japanese, which includes one of the most extensive compilation of information on learning and understanding Kanji I have ever seen.

They also have many interesting interviews, such as the one with artist Ken Taya, which I highly recommend you check out, it is really interesting.

If you are a total beginner when it comes to Japanese, you can also check out their Ultimate Guide to Learning Hiragana, which is what I used to, well, learn hiragana. [note: they also have one for Katakana, so go check that out too].

“WaniKani is a Japanese kanji and vocabulary learning web app with a simple goal: teach you most of the joyo kanji (meaning AND reading) as well as ~5,000 vocabulary in 1-2 years.

By using spaced repetition for learning efficiency, as well as radicals and mnemonics for both kanji and vocab, it does an effective job accomplishing this goal for self-learners who have the drive to learn Japanese” – Tofugu.com

I personally use Wanikani for all of my kanji studies, and so does a friend of mine, we both agree that it really works and it’s amazing. I have gotten quite a bit behind on my reviews while being in Japan as I have so little time but I am slowly plowing through all of them.

So, I hope this helped you, I am super tired so
Goodnight, and don’t forget to
send a postcard