In Suwa in the Nagano prefecture, very near to the lake, you will find a flatland-style castle. The castle isn’t very large, the structure not nearly as old as it claims to be. Yet there is something oddly charming about Takashima Castle [高島城].

Also called “The Floating Castle of Suwa”, used to be situated on a peninsula stretching into Lake Suwa, each of the Courtyards being connected by a bridge. During the Edo period [1603-1868], due to an increase in sedimentation, the land around the castle dried up. Takashima Castle is now located in the midst of modern day Suwa, and is easily accessible by car. 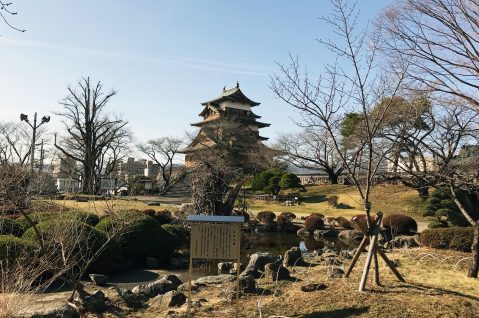 The area was controlled by the Suwa Clan since the early Heian Period [平安時代 – 794-1185]. It was subsequently conquered by Takeda Shingen [武田 信玄] during the Sengoku period [戦国時代 – 1467-1603] Takeda, who was a powerful daimyō [大名], a feudal lord who became known for his exceptional military strength. 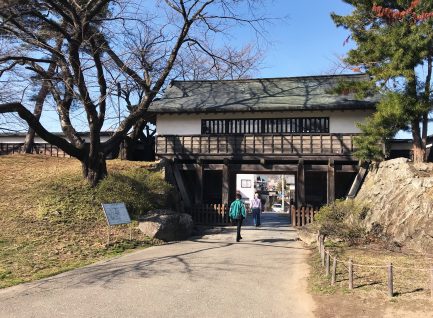 The castle was now under the rule of the Takeda Clan, starting with Itagaki Nobukata, who was one of the “Twenty-Four Generals of Takeda Shingen”. The rule of the Takeda Clan ended at the Battle of Nagashino in 1575, when a large part of the clan was defeated. The clan itself lost the majority of its samurai during the battle, as Oda Nobunaga subsequently took over the region and put his general Kawajiri Hidetaka in charge. On June 21st 1582, feudal Lord Nobunaga was assassinated at the Honno-ji Temple [本能寺] in Kyoto by his own samurai general Akechi Mitsuhide.

After the Honno-ji Incident the next ruler, Toyotomi Hideyoshi assigned Takayoshi as feudal lord of the area. He started a complete reconstruction of Takashima Castle, which was completed by his son.

The Domain was reassigned to the Suwa Clan in 1601, which stayed in control until the Meiji Restoration in 1868, when Japanese Emperor Meiji ended the shogunate, abolished the han system and established the Meiji government. The new centralized government decided to dismantle the structure in 1875, only leaving the stone foundation. 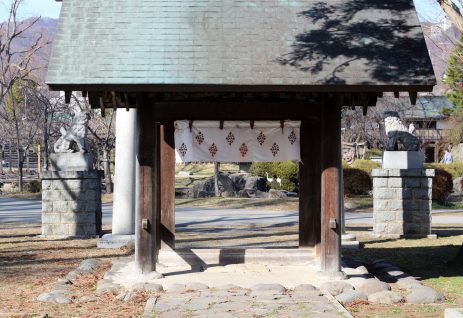 The Shinto shrine next to the castle was constructed in 1900 and is dedicated to the war dead. The second and third courtyards were converted into residential districts.

In 1970, the main donjon was reconstructed, although it is not historically accurate.

After learning that the castle was only reconstructed in the 1970s, many things became clear. First of all, the inside does not resemble that of a Japanese flatland-style castle at all. There is a large, wide staircase in the centre and a lot of concrete. 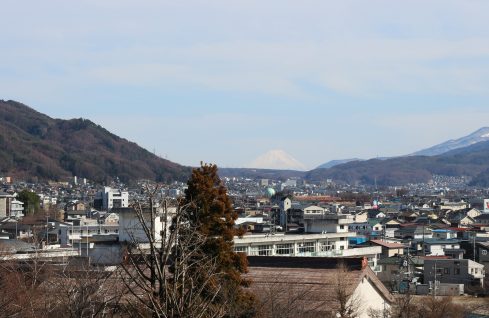 The highlight of the castle is the view from the top though, with one side facing lake Suwa and the other showing mt. Fuji.

There is a museum inside with quite a few nice objects on display. The descriptions and additional information are all in Japanese though. The same thing goes for their gift shop, they have quite a number of items, but many require Japanese language skills to fully appreciate.

And that’s all I have time for today, I hope you enjoyed this in depth look at a very obscure Japanese castle with an interesting history.

If you’re ever in the general area and have a bit of spare time, do have a look. Send me a postcard if you do.